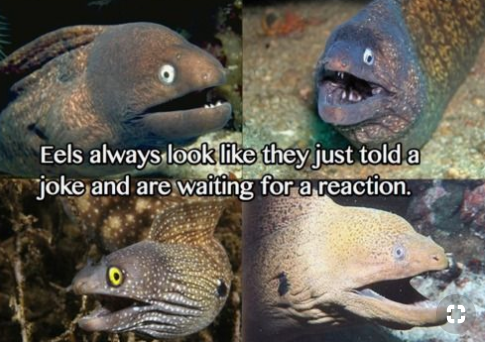 Many people feel that an eel’s open mouth gives them a threating look. For us at WWDAS, it looks like they just told a joke and they are waiting for a reaction. 😉
The truth is that they are just breathing. Moray eels don’t have bony gill covers on their sides; instead they have to use their mouths to orally pump water through the 2 circular openings they have behind their head. 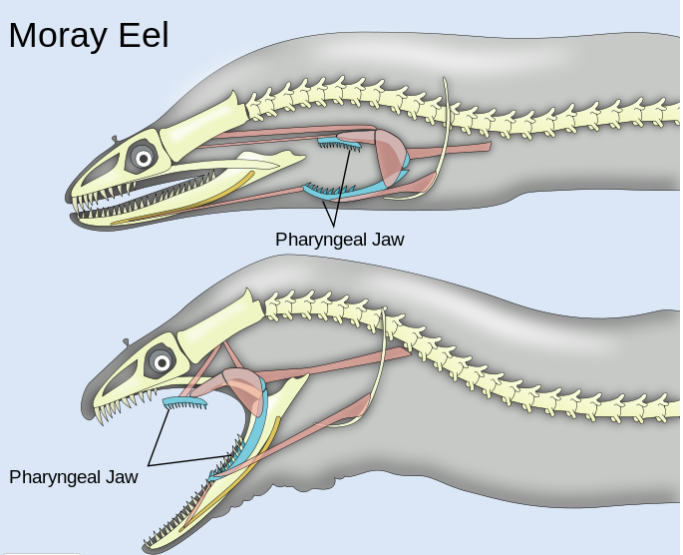 It looks like Ridley Scott was inspired by a moray eel when he created the movie Alien. Morays have a hidden set of internal jaws. Inside the gullet, there are a pair of concealed pharyngeal jaws that help the eel entrap its prey. Whilst most predatory fish use suction to pull food down their throats, morays instead have a two-step strategy. First, the outer jaws firmly grip the prey. Then, the pharyngeal set shoots forwards, bites the unfortunate victim, and pulls it into the throat.

3. They are kind of blind 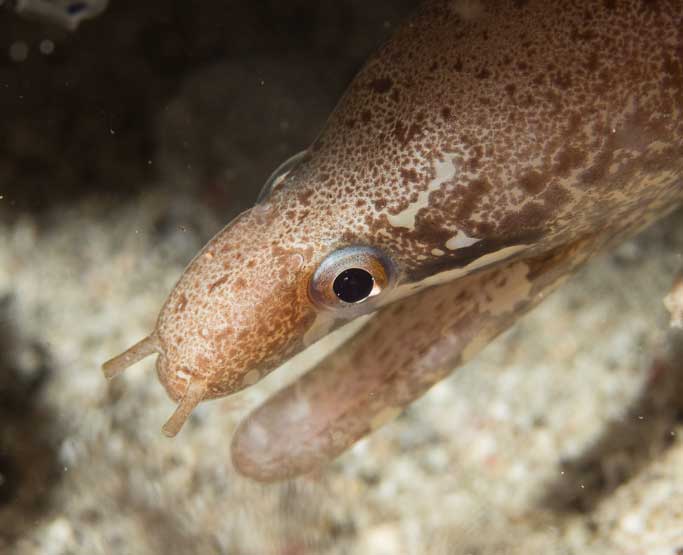 Have you ever noticed the 2 small appendixes on moray eels nose? These are their nostrils. Due to their relatively poor eyesight, moray eels rely on their keen sense of smell to hunt. Renowned for their ability to strike at lightning fast speed at night, their choice of food is usually weakened or dead as that is easier to detect and catch. That’s why moray eels are great reef cleaners of dead fish.

4. Giant morays can join forces with other species.

As we saw in this article, giant morays hunt in tandem with groupers. Whereas morays are slim and ambush hunters, groupers are speedy killers. Each fish complements the other’s talents perfectly: With the moray wriggling through the reef and the grouper hovering overhead, their preys have nowhere to hide.

5. They kind of like to put some make up on! 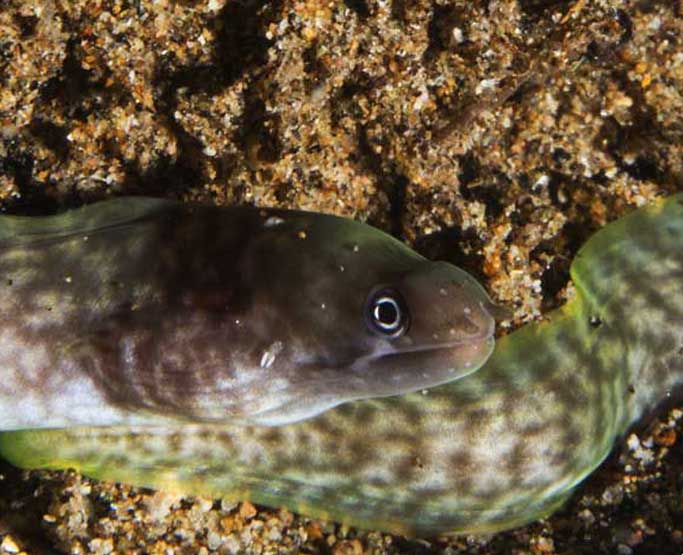 Moray eels appear to be green, but in fact they are brown. They secrete a mucus over their smooth skin to protect them from scratches that may have occurred due to their rapid sliding movements around reefs. This mucus has a yellow hue that changes the color of their skin. This slime contains various toxins, including one which destroys red blood cells.

6. Morays are not sea snake. 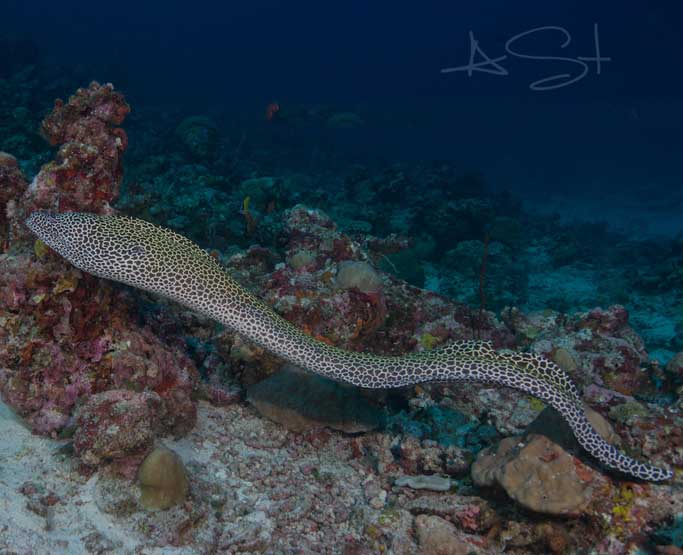 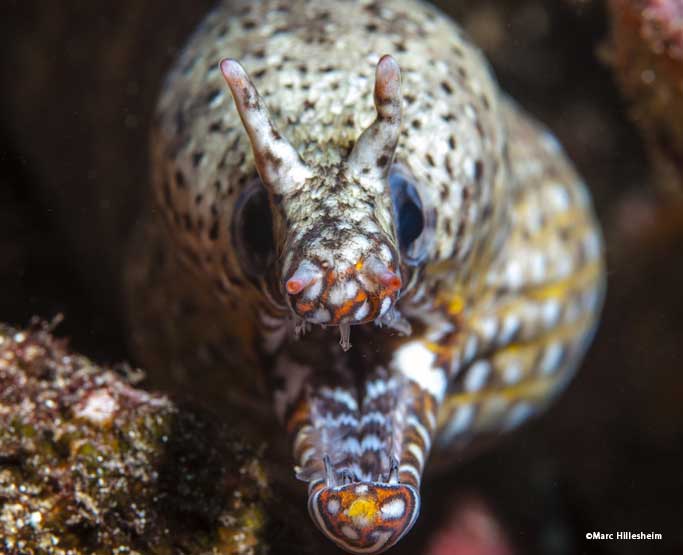 Morays are split into two main divisions: true morays and snake morays. Divers can differentiate them from their dorsal fin.  While on a true moray one starts just behind its gills,  the appendage is limited to the tail region in snake morays.

So next time you see or photograph one, you will be more aware of the moray’s strengths and weakness.