All you need to know about The Philippines

You are contemplating a scuba diving liveaboard. The Philippines caught your eye, but you don’t really know much about the archipelago. Luckily for you, here is our “All you need to know about the Philippines” blog.

Why is it called The Philippines?

Spanish explorer Ruy López de Villalobos, during his expedition in 1542, named the islands of Leyte and Samar “Felipinas” after Philip II of Spain, then the Prince of Asturias.

Eventually the name “Las Islas Filipinas” would be used to cover the archipelago’s Spanish possessions.

Spain took control very quickly and established Manila as the capital of the Spanish East Indies in 1571. This encompassed all the Spanish territories in Asia and the Pacific.

The Spanish successfully invaded the different local states by employing the principle of divide and conquer, bringing most of what is now the Philippines into a single unified administration.

The islands were ceded by Spain to the United States in 1898 and, after a tumultuous history, finally gained their independence on 4th July 1946.

Lots and lots of islands

The Philippines comprise over 7,600 islands. That’s a lot of islands! Even today it is surprisingly hard to know exactly how many there are, but at the latest count in 2020, we were at 7641 islands. This makes it one of the largest archipelagos in the world, but more than 5000 islands have no name when you look on global maps. Only around 2000 islands have inhabitants. Its coastline is the fifth longest in the world.

Lots of islands means lots of water, which is excellent news for us divers. Due to its position, the Philippines is bordered by many seas which offer a wide range of diving. You will find the Philippine Sea to the east, the South China Sea to the west and the the Celebes Sea to the south.

Sports in the Philippines

When you step onboard Philippine Siren, have a talk about sports with the crew. You will quickly find out that the Filipinos have two favourite sports; basketball and boxing.

Filipinos just love basketball. They love it so much that they created Asia’s first Basketball League. They also hold the Guinness World Record for the longest game of basketball ever played.

Their love of basketball is actually an obsession. The game became e a source of national pride for the country. The government has even changed election dates so as not to clash with major NBA games!

Since it requires little space, no maintenance, no expensive gear, and no required number of players, basketball carries well across the poverty-stricken Philippines. It staves off boredom for countless Filipino teenagers. Besides being easy to learn, the sport also fits well in the Philippines because of its strategic and dynamic nature. Filipinos, who love being entertained, enjoy being kept on the edge of their seats by the game’s unpredictable twists.

Another sport obsession is of course boxing! You will likely know one of the greatest boxers in history, Manny Pacquiao. “PacMan” is from the Philippines and encapsulates the country’s love of boxing.

He is the first boxer to win major world titles in four of the eight “glamour divisions” (flyweight, featherweight, lightweight, and welterweight). After his career in boxing, he turned to, yes; basketball! Pacman is a lifelong basketball fan, like the rest of the country. He became head coach of the Kia Motors Basketball team for three seasons. After finally retiring from sport, his political career kicked off and he is now a senator and a serious presidential candidate. He is such a star and legend in the Philippines and abroad.

In 1928, Pedro Flores, a Filipino immigrant to the United States, opened the Yo-yo Manufacturing Company in Santa Barbara, California. The business started with a dozen handmade toys. By November 1929, Flores was operating two additional factories in Los Angeles and Hollywood, which all together employed 600 workers and produced 300,000 units daily.

The principal distinction between the Filipino design by Flores and the more primitive yo-yos is in the way they attach the string to the yo-yos. In older (and some remaining inexpensive) yo-yo designs, they tie the string to the axle using a knot. With this technique, the yo-yo just goes back and forth; it returns easily, but it is impossible to make it ‘sleep’. In Flores’s design, one continuous piece of string, double the length, is twisted to produce a loop at one end which is fitted around the axle. Also termed a ‘looped slip-string’, this seemingly minor modification allows for a far greater variety and sophistication of motion, thanks to increased stability and suspension of movement during free spin.

Entrepreneur Donald F. Duncan recognized the potential of this new fad and purchased the Flores yo-yo Corporation, along with all its assets, including the Flores name in 1932. The name “Yo-yo” was also registered in 1932 as a trademark by Sam Dubiner in Vancouver, Canada,

The cuisine in the Philippines is hard to define. With so many provinces comes many culinary specialties. It is hard to define Filipino food! You can travel from one island to another and your food experience can be totally different!

It is a mish-mash of a mixed cuisine including Indian, Japanese, Chinese, Spanish, American, and South-eastern Asian influences with a dash of indigenous ingredients.

A staple in the diet are rice and coconut and then a large range of tropical fruits. But Filipinos love their fish and meat too. Lechon, which is a specialty in Cebu, is a roasted suckling pig and in Puerto Princesa, you may treat yourself to Crocodile Sisig, a crocodile meat dish.

And to wash it all down, why not drink a San Miguel beer?

Beer drinkers often mistakenly think San Miguel is a Spanish beer, but it’s actually from the Philippines! San Miguel Pilsen (known locally simple as Pilsen) is served in small brown bottles, or you can opt for San Miguel Light (SML for short) which is light in calories, not alcohol content! If you prefer a flavoured beer there is also Lemon or Apple San Miguel.

The 21st century and social media

The Philippines is the “Social Media Capital of the world”.

Filipinos spend more time each day on Social Media than any other country in the world. The use of social networking websites has also become part of Filipino Internet culture. Subsequently, social media is also used in the Philippines as a form of election campaign material, as well as a tool to aid criminal investigations.

A staggering 83 percent of Filipinos surveyed are members of a social network! Filipinos are also the top photo uploaders and web video viewers, while they are second when it comes to the number of blog readers and video uploaders. You can trace the popularity of social networking in the Philippines to the Filipinos’ culture of “friends helping friends.” For Filipinos, their friends, and who they know, can become more valuable than money.

So now that you know a little more about the Philippines, join us on an amazing liveaboard onboard Philippine Siren.

How to get to Indonesia?

How often do scuba divers get left behind? 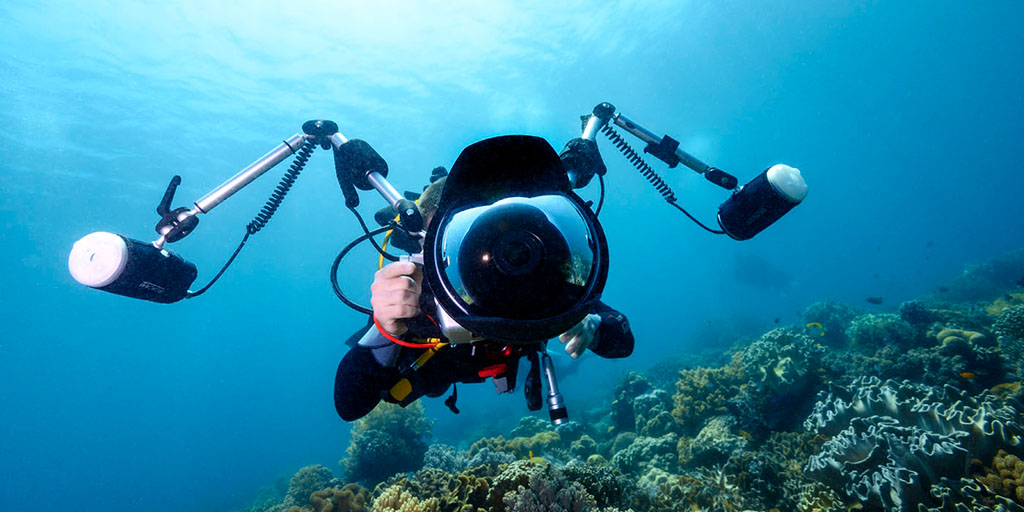 Join the ever growing Master Liveaboards family and be the first to hear about our special offers. We’ll also keep you informed about the latest happenings from around the world and make sure you get plenty of dive travel inspiration.

...and get the latest Master Liveaboards news, advice and money-saving offers, straight to your inbox, before everyone else!

Fill in your details here

How to get to Indonesia?

You’ve booked on Indo Siren. This is EXCITING. But now what? Now you obviously need to organise your travel to get to the boat. So

How often do scuba divers get left behind?

Every year you hear the story of divers being left behind in the water. It always makes the news headlines and has even inspired Hollywood

Master Liveaboards knows a thing or two about running a photography workshop. We have been offering them with outstanding underwater photographers, pretty much from the

Michael booked a charter to Palau for his agency, based in Russia, in October of 2019. The trip was for a departure in 2020, but